Taking the COVID-19 vaccine is completely a choice. However, It is suggested that the general public get it in order to prevent themselves from this ailment.

Have you thought about getting the vaccine? If so, are you familiar with the many types?

Covishield and Covaxin vaccines have been authorised for use in India. The Sputnik – V is the third vaccine, which was approved by the EUA in April 2021.

Vaccinations are administered throughout India based on availability, distribution strategy, and beneficiary load; hence, the option of selecting a vaccine is not yet accessible.

Even if you haven’t really been given a choice of which vaccine to take, keep reading to learn about the qualities of the vaccination you have been or will be injected with.

The Serum Institute of India, the world’s largest vaccine maker, manufactures the Covidshield vaccine in India. It claims to produce more than 6 crore doses every month.

The vaccine is manufactured from a weaker strain of a chimp-derived form of a common cold virus called an adenovirus. It has been worked with to look like coronavirus, but it cannot cause the illness.

This cold virus is essentially incapable of infecting the recipient, but it can train the immune system to create a defence mechanism against similar viruses.

This vaccine was created utilising a completely distinct technology, the viral vector platform.

The same approach was utilised to develop vaccinations for viruses such as Ebola.

When a patient receives the vaccination, it stimulates the immune system to begin producing antibodies and prepares it to fight any coronavirus infection.

The vaccination is administered in two doses spaced four to twelve weeks apart. It may be safely stored at temperatures ranging from two to eight degrees celsius and is readily available in modern health care facilities.

International clinical studies and trials of the vaccine revealed that when participants were given a half dosage and later a full dosage, the vaccine’s efficiency reached 90 per cent.

However, there was insufficient concrete data to support the half-dose, full-dose concept.

Some data, on the other hand, suggests that extending the period between the first and second doses will improve the overall efficacy of the vaccine. When a group was given the vaccine in this manner, it was shown to be seventy per cent effective after the first dose.

Covishield is said to be very efficacious, according to the Serum Institute. It is backed up by phase III findings from Brazil and the United Kingdom.

You may have pain or discomfort at the injection site after getting vaccinated.

Some people may also have adverse symptoms that include joint discomfort, fever and headaches which last for a day or two.

Currently, it has been licenced for restricted use in emergencies, with the potential to prevent coronavirus infection in those over the age of 18.

Some incidents in Europe were recorded where a relatively tiny proportion of persons who were vaccinated with covishield, had blood clots. However, there is no indication that these persons acquired blood clots as a result of the immunisation or that they were already at risk of getting blood clots even without immunisation.

It is said that Covishield is to be given with caution to people with low blood platelet count or thrombocytopenia.

People who have a pre-existing allergy should also be cautious. Those on blood-thinning medicines and those hoping to conceive are likewise recommended to wait for the time being.

Either way, it is an effective vaccination that is the closest to helping a population fight off the virus for good.

Covaxin was developed in collaboration with the ICMR and the Hyderabad-based Bharat Biotech International Ltd. (NIV).

Covaxin is a viral vaccination that has been inactivated. This vaccine was created using technology derived from Whole-Virion Inactivated Vero Cells. They contain inactivated viruses that cannot infect humans but can educate the immune system on how to develop a defence mechanism against a live virus.

In terms of dose, there is no difference between the two vaccinations. Both are given as 0.5ml injections in the upper arm. However, the second Covaxin dosage is planned 4-6 weeks following the first dosage. According to the final 3rd phase study data.

Since the immunisation programme began in India, both vaccines have shown more than adequate outcomes with Covaxin having an 81 per cent efficacy rate.

Both vaccinations are available for free at government health facilities. The cost of vaccinations in a private hospital, on the other hand, varies.

Covaxin has been shown in clinical trials to be highly effective against COVID-19. It may even act to prevent mutant versions from spreading. The vaccine has now even begun a clinical trial in children over the age of two.

Covaxin has the least adverse effects, including fever, redness, chills, and discomfort at the injection site.

According to research, the Covaxin dosage may only be somewhat risky for persons who have a fever at the time of administration, are on blood-thinning medicines, have immunological diseases, or have bleeding difficulties.

Keep in mind that side effects may manifest differently in different people and will disappear after a while. As a result, relax and obtain the vaccine as soon as possible.

The bottom line remains that both of the vaccinations (Covidshield and Covaxin)  are equally efficient. Even though they do not completely prevent COVID infections, they have been shown to reduce the infection’s severity and mortality risk.

They are considered to be comparatively safer than other contemporary vaccinations, with a lower than normal risk of adverse effects. Some clinical investigations have found that Indian vaccinations have a high effectiveness rate right now.

Russia’s Sputnik V, developed by the Gamaleya Research Institute of Epidemiology and Microbiology in Moscow, is a two-dose Covid-19 vaccine that uses a platform similar to Covishield.

This coronavirus vaccine was sent to the Indraprastha Apollo Hospital in New Delhi, a month after it gained emergency use approval. Recently, the Apollo group of hospitals announced that it had received 1,000 doses of the Sputnik V vaccination.

As per research released in February 2021, the vaccine, distributed by Hyderabad-based Dr Reddy’s Lab (DRL) in India, has an effectiveness rate of 91.6 per cent among fully vaccinated persons. Gam-Covid-Vac is another name for vaccination.

The vaccine was created using adenoviruses, a kind of virus that causes the common cold. Sputnik V constructs the spike protein using SARS-CoV-2 specific genes and saves the information in double-stranded DNA.

The first dosage of Sputnik V was provided in Hyderabad following permissions from the Central Drugs Laboratory, which completed numerous tests on the vaccine’s purity and stability.

DRL  has, however, only received 150,000 doses of this vaccine from Russia thus far. More dosages are expected soon, according to the firm.

According to DRL, the price may fall as local suppliers become available. It’s uncertain when this is going to happen.

The Sputnik V vaccination may be kept in a standard refrigerator without the requirement for extra cold-chain equipment. A temperature range of minus -18 degrees Celsius is required to maintain the vaccination viable and effective.

Experts think that it does not impede an effective immune response. The published results from the Sputnik V vaccine clinical trials show that the vaccination is safe and efficacious, however, data quality concerns persist.

So far it is seen as a viral vector vaccine developed to provide long-term protection against COVID-19.

Our immune system responds to the vaccination by producing antibodies against the SARS-CoV-2 virus and inducing T-cell responses. In the case of future infection, our bodies can create these antibodies quickly in order to attach to the virus and block it from entering our cells.

Although they were made at a  record-breaking speed, the COVID-19 vaccinations were subjected to the same checks, balances, and scientific and regulatory rigour as any other vaccine, and were found to be safe.

You must consider that vaccinations have been shown to be safe for people of all ages, as well as those with chronic health issues. However, there are a few categories that should hold off on getting vaccinated for the time being.

While we weigh the pros and cons of each vaccine, we must understand, everybody reacts differently to each vaccine.

The possibility of receiving options assists individuals in making an educated decision. Even though we cannot make this decision yet, the vaccine availability varies by state.

Do not mistakenly postpone your immunisation appointment.

Any vaccination is preferable to no vaccination, so receive the shot as soon as possible.

The information provided above is solely for educational reasons and is not intended to be a substitute for medical treatment from healthcare professionals. 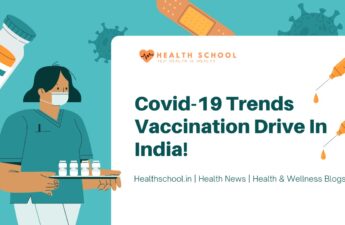